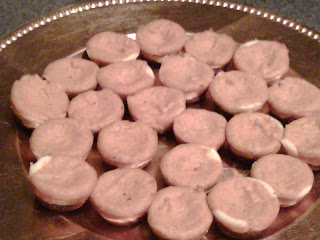 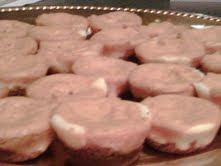 Last fall, during the great pumpkin shortage, Adams mom was nice enough to hoard all of the pumpkin puree that she could find in North Carolina. By the time she came down to Orlando in November the shortage was pretty much over, so I have had a few cans of pumpkin just waiting to be used up. I decided to remake this double layer pumpkin cheesecake into minis. Now I can freeze them and take them to work where they are easily snackable.

I followed the exact same recipe, but only baked for 15 minutes (you could do for 20 and they would probably be a little better). I already had one and it is just as delicious as the whole cheesecake!
Posted by Unknown

Email ThisBlogThis!Share to TwitterShare to FacebookShare to Pinterest
Labels: pumpkin